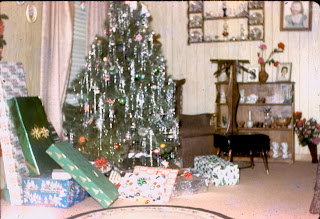 The latter part of the month of December each year is usually a special time for people of all areas of the globe, regardless of religious bent or lack thereof.  Every major religion, it seems, has a day during this period for honoring an ancient patron of their movement, and even the most cynical agnostic takes time during the holiday season to relax and reflect upon the passing of another year.  Because a new year is quickly approaching, individuals have a tendency to take stock of their lives, and the idea of “new year resolution” begins to flitter about the thought processes.  Health centers and weight loss institutions will confirm that January is the busiest month of their business year as well-meaning individuals attempt to change the course of their lives.
December in the Downing household has always been a special time.  Being a product of down home, southern, Christian, Anglo-American influences, the Downings have always celebrated Santa, Frosty, Rudolph, and all the other traditional players in the secular Christmas tradition, but we also understood that the true reason for Christmas was found in the New Testament.  This understanding for the R.L. and Ethel Downing family was evident even before they became regular church goers, because it was part of the fundamental fabric of .  Believe it or not, was once a Christian nation with Christian principles interwoven throughout the social interaction of its citizens.
This little treatise is a not another rant about how is going to the…um..dogs…in a handbasket (whether it be true or not), but in a much lighter tone simply a remembrance on my part of the more pleasant events surrounding the Christmas season.  The R.L. and Ethel Downing family, consisting of said parents along with favorite son Bobby (me) and daughters Judy, Kathryn, and Mary, was tradition-minded down to the core when it came to Christmas, and every new season meant a big tree, decorations, and gifts. 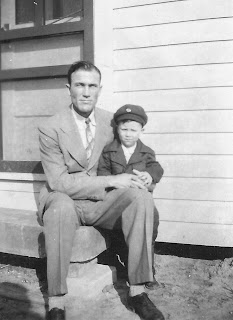 Of course, in the early years of 1943-1947, basically the entire family Christmas universe swirled around me, their only child, and I confess that my memory, though fairly sharp in some areas, is a little vague during this time.  In 1947 my first sister, Judy, came along and messed up a good thing for me, since then I had to share toys.  Regardless, somewhere during these early years I received two toys which I remember to this day.  The first was a wooden truck which my dad made by hand for me.  In another of my blogs I wrote how those early years were a struggle for my parents, and store-bought toys were a rarity, so to me the home-made truck was as good as any in the store.  By the next year, however, things must have improved for my parents, because I received a red, all metal, battery powered fire chief’s car that would run around in circles with a red light flashing.  I was amazed at the technology.
After my family moved to 206 Hafer Street (see blog, “206 Hafer”,) Christmas became a big partying affair with Downings from far and near converging on our household for Christmas celebrations.  My dad made a recording on Christmas Eve, 1948, of the Downings in party mode which I now have on CD.  Seventy-three years later, it reminds me of how far we have come since those pre-church days.  Sadly, of all the Downings whose voices are on the CD, I am the only living survivor…and that includes the children whose voices are preserved on the recording.  When I listen to the CD now, I feel a little...lonely.
Big events in toyland, though!  I’ve mentioned before that my dad would be termed today a techno-geek because he enjoyed the latest in electronics. Consequently, I received a movie projector one Christmas on , along with 16mm movies of The Three Stooges, Bugs Bunny, Hopalong Cassidy, and Gene Autry.  Neighbor kids would come over and sit in awe as we watched Moe slap Curly (just like in the pitcher shows!)  Although the projector went away years ago, I only recently pulled the old 16mm cartoons out of a box and watched them crumble before my very eyes.  Celluloid movies are not lifetime movies.
The crowning Christmas gift of my early childhood came just before my family moved to the farm.  I received a Lionel electric train set, complete with transformer, whistle, and track.  Made of heavy cast metal, the engine was a work of art.  I would set up the track on the floor and watch for hours as the train followed its assigned path, engine chugging real smoke from the stack and whistling loudly at the crossings.  The train set saw heavy use in its first few years and then went into storage, only to be unboxed and run every few years during fits of nostalgia.  As recently as nine years ago, I built a new track for it in my garage and renewed my memories as I watched that old train make its circle.  I showed it to my grandson, and there was not a single spark of interest.  Not a soul in the family gave it the slightest attention.  No video and no keyboard, you know.  So, after sixty-plus years of enjoyment, I put the whole set on eBay and sold it for a lot more than what my dad paid for it.  It was hard to take it to the post office and see it go away. 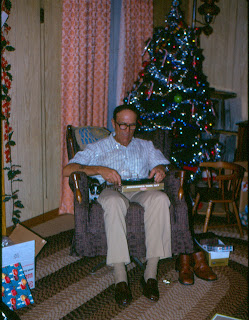