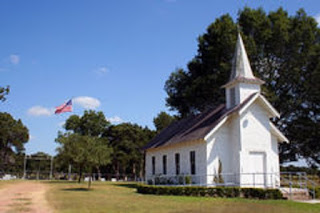 At the appointed time for the service to begin, the pastor approached the pulpit.  With a welcoming voice, he greeted the gathered congregation and exhorted them to stand and pray for God’s presence to be in the service and for God to anoint the singers, musicians, preachers, and congregation to join in one mind and one accord in worship to God.  Once the opening prayer was ended, the pastor invited the song leader to come to the pulpit and lead the congregation in a series of worship songs from a hymnal which contained musical worship, some of which had been written by dedicated song writers over one hundred years ago.  The songs themselves were testaments of the power of God and His promises to the church and were representative of the core values on which the church had been established.
With the enthusiasm shown by the dedicated song leader and musicians, the congregation quickly began to rejoice in the songs of Zion, and soon a worshipful, praising spirit saturated the auditorium.  By the time the song leader sat down, there was a spirit of expectancy in the air concerning what other uplifting events were about to take place in the service.
The pastor, returning to the pulpit, reinforced the spirit of worship and praise and after a few minutes asked the audience to stand.  He then gave them an opportunity to offer any prayer requests they may have had for which the church could pray.  After all requests were made know, the pastor led the church in community prayer for each request.  Once the prayers had subsided and the congregation had sat down, the pastor gave members of the congregation opportunities to give personal testimonies of what God had done for them.  Many times, a congregational member was invited to the pulpit to “lead the testimony service.”  After giving a personal testimony, he/she would invite others to testify who wished to stand and offer their own brief praise to God.
After a few minutes of testimonies, the pastor returned to the pulpit and invited the singers who had been asked to sing a “special song” to come and present their music.  Sometimes it was a soloist, sometimes a duet, trio, or quartet.  Regardless, the song presented was a song of praise and worship, and many times the audience would respond with corresponding praise.
Afterward, the pastor again returned to the pulpit and generally offered any pertinent church announcements which may have been newsworthy for the congregation.  About this time, an offering was taken from the congregation, and tithes and donations were freely given by congregants who wished to support the church.  Additionally, if there were members in the audience who had special needs, be they in the areas of health, finances, or situations, they were invited to come forward to the front of the church, and the pastor along with elders of the church would anoint them with a touch of oil and pray God’s divine intervention on each particular need.
Eventually, the time came for the sermon to be given.  The pastor took his Bible and opened to particular scriptures which he felt God had laid on his heart.  The congregation would stand, and the scriptures would be read.  Once read, the pastor admonished the congregation to join him in praying that God would give him the words to speak which would encourage, strengthen, and guide the spiritual flock for which he was the shepherd.  The sermon then went forth, sometimes encouraging, sometimes admonishing, sometimes condemning, but always with a pastoral love which was evident in his concern for his church family.
After delivering the sermon he felt God had laid on his heart, the pastor gave an invitation for those who wished to pray to come forward either to make a commitment or to renew a consecration.  He circulated amongst the praying souls, admonishing, encouraging, and blessing.
As the service dismissed, the pastor made an effort to greet each congregant as they were leaving, to continue a personal and spiritual relationship with each of his members, and in doing so, encourage each one to “keep the faith."


Does all this rambling get me off the hook as a common church member? Absolutely not.  The scriptures are very clear how we as church members should live and conduct ourselves.  We pray for guidance. We are faithful to church, both in attendance and offerings.  We honor our pastor and those in positions of responsibility.  We represent the church to our friends and loved ones and encourage them to seek out their salvation. We lift up and encourage one another.  If we see one of us straying, we gently try to nudge that person back into the fold.  Most of all, we stick together and follow our shepherd.  Someday we…and our shepherd…will answer for our deeds.