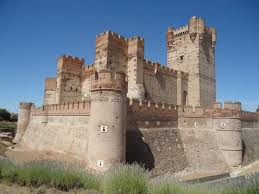 There was an interesting story in the news a few days ago concerning a woman from one of the Scandinavian countries of Europe who recently visited New York City.  On one particular day while visiting friends in the city, she and her colleagues decided to pop into a local restaurant for lunch.  The Scandinavian visitor was also pushing a baby carriage holding her sleeping baby.  As the party entered the restaurant, the woman parked her baby outside the entrance and left her there as they entered the building.


In short order, someone noticed the unattended child and called police, who promptly tracked down the errant mother and arrested her on child endangerment grounds.  The mother did not understand the gravity of the situation and offered in her defense that in her country it was not uncommon on pleasant days for parents to leave small children in carriers on the outside of business establishments while shopping.  The fact that in New York City such an act would constitute a grave danger for the child was incomprehensible to a mother who came from a country where crime is rare, and guns are seldom seen.


Flashback to the 1950s:  When I was a child, Mom would haul us children along with her while she did her shopping, and it was not uncommon for her to leave us kids in the car while she bounced from store to store.  We were welcome to accompany her, but we looked at shopping as boring and preferred to sit in the car and play games….and we sat in a car with the doors unlocked and the windows down. 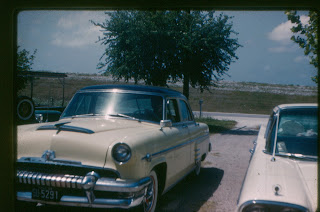 As a teenager attending school and heavily involved in the dating game and Friday night activities, I attempted to impress the girls by driving an older 1954 Mercury.  In those days cars had small vent windows on each front door that could be opened while driving to let in fresh air (no AC back then.)  Each vent window had a latch so that it could be secured when parked.  The latch on my left door vent was broken, which meant that anyone could swing open the vent window, reach in, and open the door.  That was no problem anyway because I never locked my car.  For the four years I owned that car, it was never locked…and it never occurred to me to be concerned.


In my eighteen years of living at home until I married and moved away, I do not ever remember my parents’ home being locked.  I don’t even remember seeing a key to a door of the home.  The concept of danger from human predators was not considered; perhaps we were all naïve.  My dad had as "home defense" an old 22 caliber rifle that was up somewhere in a closet, but it was mainly used to take care of any varmints that invaded our chicken house and the occasional possibly-rabid dog.


As Shirley and I embarked on our lives together, we graduated to cars, apartments, and houses which could be locked, but even then, locking up our goods was considered more of “just a good idea” rather that preventive measures against perceived threats from the outside.  Over the years we traveled around the United States blithely unaware and unconcerned about any nearby danger.  In 1966 she and I were caught in the wee hours of the morning at 2:00 a.m. miles away from our hotel in Paris, France, when the subway abruptly shut down.  We walked down dark, narrow streets and back alleys to get to our hotel, never considering the possibility of harm befalling us.  We were young, and it was an adventure.  Flying to Europe and returning was a matter of purchasing a ticket, walking to the plane, and boarding.  No security.


In the early 1970s I was a fledgling real estate salesman in Wyoming.   I was a home listing machine and could get a home seller's signature on the dotted line.  I was astounded to see how many homes I listed for sale when, at the time of listing, I would ask the homeowner for a set of keys for the lock box, and he would reply, “We don’t have any.”  Neighbors were real neighbors and there was no need for keys; the area was secure.  During this time my brother-in-law and I were avid hunters.  We had an old Jeep four-wheel drive pickup (Read my blog: "Hunting in a Jeep.")  There was a rifle rack in the back window, and there we hung our rifles...whether it was hunting season or not.  That Jeep could not be locked, either. 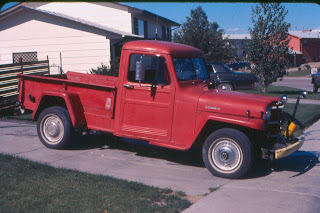 In this new year of 2018, my family’s home is now protected with sensors, radar, and video, all of which I can access at any time, anywhere from my cell phone.  Lights are always on outside the house at night so that a clear view is afforded.  The National Rifle Association has convinced me and millions of other nervous Americans that I need “home defense” weapons.  The answers to guns in the NRA’s mind is, naturally, more guns.  Not only that, but with the fear of harm at every human encounter, it is now legal to carry a weapon on your person, so I am now dutifully equipped with a Concealed Handgun License and a .380 semi-automatic.  But strangely enough, I don’t feel any safer.


My automobiles are equipped with theft deterrents and alarms, along with dash cams with video capabilities which automatically begin filming if anyone gets near the cars.   Even at that, my cars are not at the cutting edge of technology.  Theft deterrent systems can now notify you if suspicious sorts get around your car or home and can even warn them away with a growly voice if they’re getting too close.


It is now illegal to leave your small children unattended in an automobile…even with the doors locked and windows up.  Of course, here in Texas, that scenario of windows up creates a dangerous situation anyway due to rapid heating of the car’s interior, so what may start out as a simple misdemeanor infraction could escalate to a felonious child endangerment charge rapidly.


From the businesses and residences of years ago with little concern for locked doors, we now have homes which monitor the exterior and interior with video and electronics constantly and businesses which are heavily fortified and monitored with cameras in every corner.  Employees work behind cages and bulletproof glass, and police can be summoned with just the push of a button.  As this was being written, the Super Bowl in Minnesota was only one day away, and I was struck while watching the evening news by the extent of the security safeguards that were being undertaken for this annual event.  Millions of dollars and thousands of hours of manpower were expended to protect the spectators from…two…three...perhaps four people who may have wished to do harm to the event.  The first aircraft hijacking in 1974 changed the air transportation industry and forced it to spend in the ensuing years billions of dollars on security…the expense of which has all been passed down for you and me, the travelers, to pay.


The Organization for Economic Cooperation and Development is a consortium of the top 34 industrialized countries in the world.  Each year for the past thirty years or so, it has polled citizens of each country and rated their “happiness.”  Yes, there really is a published “happiness index” which reflects the measure of contentment in each country.  (Google "happiness index.")  In 2007 the United States ranked third out of the group, but in 2017 the U.S. slipped to seventeenth. Mass shootings and fears of terrorism have created feelings of unease in the American populace, and each terrible act drives Americans to do the only thing they know to do to further safety…buy more guns.  It is a never-ending circle.


Unfortunately, our society is not just suffering from a threat of personal harm, but the social pot is also continually being stirred by strident voices pitting race against race, Republican against Democrat, male against female, urban against rural, young against old.  Somehow, we have forgotten that democracy is built on compromise and consensus.  I am not against President Donald Trump; many of the social and governmental stances he proposes I agree with, but his personal actions reflect the attitude of the general citizenry…uncompromising, abrasive, rude, and, yes, perhaps dangerous.


What does our country need to return to the days of relative harmony?  We can say our country needs to return to God and Christianity, but even the Scriptures themselves state that in the last days “evil men shall wax worse and worse, deceiving many, and being deceived.”  Perhaps the best we can hope for is that we will be able create as much peace and tranquility within our own circle of family and friends as possible, and in doing so, survive the social hurricane we are experiencing at this time.