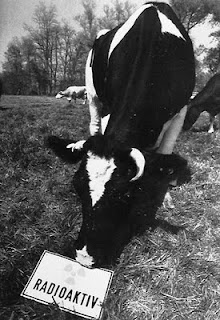 P.S. Fascinating facts about Chernobyl: Today, 35 years after the explosion, the area around Chernobyl has become the largest wildlife sanctuary in Europe. It is a flourishing and sometimes unearthly wilderness teeming with large animals and birds, many of them members of rare and endangered species. Many people, elderly and sick from radiation and homesickness, have moved back into their abandoned homes and are continuing to live. The forests, fields, water, people, and animals are all radioactive. Cesium-137 is packed in their muscles and strontium-90 is packed in their bones, and yet all are not just surviving, but are thriving. Tourists and scientists visit the area on a regular basis, securely covered in radiation-proof clothing and carrying radiation meters. Chernobyl has become a testament to Earth’s ability to withstand the most devastating calamity.  Could it also be a testament to the prophetic accuracy of the book of Revelation?