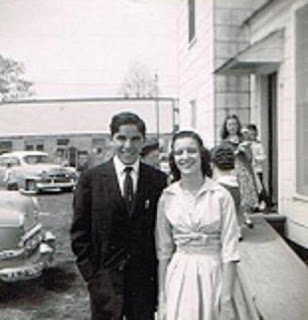 In 1950 my parents made a life changing decision when they became members of Peace Tabernacle, a pastored by Reverend V.A. Guidroz  (See my blog “In Memory of Pastor V.A. Guidroz..)  Brother Guidroz had a large family, with children ranging in age from 5 years to beyond 20, and of course each one played a role in church activities and was vital to the operation of the church.  I was seven years of age at the time of my parents’ conversions, and my first Sunday School teacher in the Primary class was Sister Glory, who I learned later was Glory Guidroz, one of our pastor’s grown daughters.  I can remember to this day the Sunday she put the fifth star next to my name on a display board and said to me, “Well, Bobby, you’ve been here five Sundays in a row; we’re glad to have you in our class!”  I had found a home.  A couple of years later, when I graduated to the Junior class, Sister Glory gave me a small book of poetry with an inscription from her.  I still have that little book of memories.
In one my family’s earliest services, I was sitting quietly on one of the pews just before the service began, and this skinny kid sat down next to me and said simply, “I’m Ronny, and I’m six.”  To which I replied, “I’m Bobby, and I’m seven!”  That pretty well set the pecking order, but though Ronny was my junior, he was to play a major role in my years of youth.  Truth be told, he is probably responsible for my remaining in the church to this day, for my marriage to the love of my life, and, without being too dramatic, perhaps for the good life I have enjoyed.
I soon found out that Ronny was another of those Guidroz kids (they were everywhere,) but in time and with the benefit of now having been associated with many preachers’ kids over the years, I can look back and say unequivocally that Ronny was not your typical PK.  The description of the typical preacher’s kid will have to be reserved for another essay, and considering the fact that I married one, I would need to be careful what I said anyway.  As a rule, however, PKs live by a different set of rules.