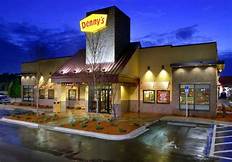 In the annals of history, the last fifty years will be noted as a tumultuous time in politics and society.  A half century ago in the political world, disagreements were common, but civility toward one’s political adversary was still evident.  In society, gender identification was a fairly easy task with little room for controversy.  Marriage vows were still taken somewhat seriously, and although there were sprinkles of divorces here and there, marriage between a man and a woman was still the modus operandi for most up and coming young adults.  Students were able to bicycle to school and make it through an entire day without hearing a single gunshot or fearing for their lives, and teachers could teach, knowing that their authority over their classrooms was absolute.  Even in the religious church world, one could drive down a street and instantly recognize the various denominations by the signs displayed in front of each church…”Southern Baptist,” “First Presbyterian,” St. Paul’s Catholic,” and yes, even “West Side United Pentecostal Church” to name a few examples.


But, as in society where we witnessed an upheaval of social constraints all under the guise of independence, the same phenomenon affected the church world also, and churches and pastors began to chaff under the authoritarian control of a central organization.  In my experience with pentecostal churches, I can remember ministers saying that they did not want to have someone “up yonder” telling us folks “down here” what to do.  The result of all this upheaval was the creation of independent local churches unaccountable for any of their actions and with only the thinnest of connections to any national organization.  Where once there were church boards who worked with district boards who worked with national boards to insure a conformity and unity of spirit throughout the brotherhood, pastors assumed control of the local assemblies with no oversight from any organization and unaccountable for church finances or spiritual direction.


Over the last fifty years, my wife and I have lived in several states and attended many pentecostal churches…and to me, “pentecostal” means the organization with the nomenclature “United Pentecostal Church, International.”  In those early years when we visited a new church, the new assembly was readily recognizable as a pentecostal church by the spirit prevalent in the service, the message the minister delivered, and the actions and dress of the members.  The music was always the readily recognizable songs of Zion which had been sung for decades.


But no more. The UPC has embraced contemporary church programs with the enthusiasm of a dog with a fresh bone, and as a result services have become concerts of musical entertainment and sermons designed to excite rather than inspire.  Churches are embarrassed to put the word “Pentecostal” in their names, choosing silly generic monikers like “The Happy Place.”  For a true Christian to live the proper life today, he/she will have to be determined to live it on his/her own; there will be little help from the church.


I find it interesting that when a church decides to eliminate the night service, it is made clear to the members, “That doesn’t mean you should reduce your tithing and offerings.”  Translation:  “We are reducing our spiritual services to you by 33%, but we still want our full pay.”


At our church Sunday night service was cancelled under the guise of “House to House,” or “H2H” for an acronym.  Using the scripture in the New Testament which referred to the early church going from house to house to worship, that’s what we were supposed to do.  Apparently, the fact that the early church had no building in which to worship while we have a beautiful edifice apparently had no bearing on the decision.  The underlying instruction was that there would be no central church service; we were supposed to go have our own service at somebody’s house instead.


The problem is, you see, my wife and I are in a group which in today’s church is largely ignored…the senior citizen crowd.  I will always remember sitting next to two up-and-coming, go-get-them pastors and hearing one say to the other, “Everything in our church is geared to the 18-25 year old.  That’s where you get church growth.”  The problem with that is the senior group constitutes probably the most faithful tithes-givers and most faithful attendees, and yet our preferences are largely ignored.  We have enjoyed Sunday night service for fifty-plus years for the spiritual strength it gives us, and getting together in a small group on Sunday night and re-hashing the morning sermon hardly takes the place of a full-blown church experience.


But there has been a positive outcome to this terrible dilemma.  Although I have not run across one senior person in our church who is in favor of “H2H,” we who have been relegated to insignificance have decided to meet on our own…at a much more convenient assembly point than one’s homes.  After all, at a home, someone has to be the host...serve snacks, lead the service, and clean the house.  We have chosen our assembly point to be none other than Denny’s Restaurant…yes, America’s Diner.  Rather than “H2H” we have dubbed our party “HDH"...i.e...“Home to Denny’s to Home.”


It was a natural decision, since on Friday mornings for the last seven years or so, a bunch of us old church guys have been meeting at Denny’s to fellowship and talk about God, guns, and butter.  It has been a tremendous boost to a sense of camaraderie amongst the brethren, and it is one item on my weekly schedule I do not miss unless absolutely necessary.  I love those men; they build my faith.
So now, about 6:00 p.m. every Sunday, three to five couples gather at our HDH and enjoy a solid two hours of seriousness, laughter, jokes, jabs, prayer, and discussion.

We have a cross section of faithful members who attend our HDH:


(Please note: at this point the following names have been changed to protect the innocent…and maybe some of the guilty…from any repercussions, vindictiveness, or outright jealousy which those who know better may toss our way.)


·        Adolf…Probably the most faithful man in existence to our church who is also so conservative he’s ready to go to war every time he hears a drum.  Can identify the weapon (and probably has one) the feds used to shoot Bonnie and Clyde.  He likes to gamble and then claim, “It ain’t in the Bible!”


·        Maria…His lovely wife who has never raised her voice since she was in the fourth grade and she got a “B” on a test when she was expecting an “A.”  “A soft answer turneth away wrath” says the scriptures…and also makes her husband toe the line.


·        Marvin…comes to breakfast and HDH armed with snake oil, air cleaners, beneficiary forms, and pens.  Never say “OK” to him…you will have bought something.  It’s also good if you know sign language.


·        Gertie…his wife…amazingly outspoken and opinionated.  It is clear that she must be brilliant, because I agree with everything she says…almost.  She’s been known to split a dinner with a stranger in order to save a dollar.


·        Bobo…Has read far more than his capacity to retain.  Has had more profound truths revealed to him than Moses and Abraham combined.  Truly an apostle of doctrine…we’re just not sure which doctrine yet.  Listens closely to a still, small voice…who usually does the driving.


·        Wanda…The afore-mentioned still, small voice.  Queen of her chicken house in which her rooster steps quietly.  Has a tendency to walk up to you and say, “You need someone to lance that?  Call my office.”


·        John…Built like a tank and just as difficult to crack.  Last seen smiling on January 14, 2002.  Solid, dependable, and predictable…I would want him next to me in a firefight.


·        Louise…John’s far more active other half.  Must have a heart of gold, because if you tell her a sad story, you get free rides to church for life.  Want to go shopping?…give her a call.  The taxi will be on its way.


There are others who occasionally wander in to our circle, but these are the faithful participants.  Each in his/her own way contribute to the friendship and brotherhood which we all feel for each other.  Each has a story to tell and has a track record of church faithfulness and adherence to church principles and standards which the shallow, converted-to-the-beat-of-a-deafening-drum contemporary “Christian” will never understand.  I am proud to be in the group.