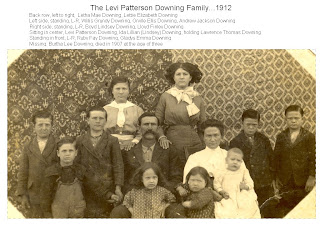 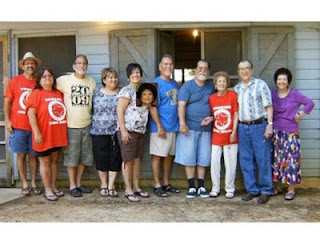 r checking into my motel room at the grandiosely named “’s Best Value Inn,” (Actually, it was a very nice room at a good price.), I headed to , just a ten minute drive up the road. I discovered a beautiful, forested park with a scenic lake complete with swimming area, lots of camping areas, and a pavilion in Area 10 reserved for the Phillips/Pineda/Downing reunion. The place was already swarming with first, second, and third cousins, many of whom I had never met. Fortunately, sitting outside were a couple of familiar faces (only because I had seen their photos on the MyFamily site), and I was able to begin greeting my cousins from years past…many of whom I not see in nearly 40 years. The next 24 hours was as enjoyable a time as I have had recently. To be able to reestablish contact with my relatives was a privilege, and, in observing the offspring of Verlon and Mildred and Manny and Mildred, I couldn’t help but sense a déjà vu, as if I were reliving those early Downing reunions of the 1960s. Forty years later, the Phillips/Pineda clan is repeating the traditions begun by the Levi/Ida Lillian Downing family. We who were the kids running about while the oldsters talked endlessly about the good old days have morphed into those same oldsters talking about our “old days” while our kids and grandkids go roaring about. It is a microcosm of life, and I’m glad to be a part of it. The Phillips/Pineda clan will have the same experiences in the future as the previous Downings as time begins to take a mortal toll. The lesson to be learned here is that we should value today. We appreciate the past and look forward to the future, but it’s in the present that we live, and we need to live it to the fullest.
The last remaining child of Levi and Ida Downing, my Uncle Thurl, now 90 years old and frail, was at the reunion and helped create a connection from the present to the past. It seems unbelievable to realize that, of the children of Levi and Ida Lillian Downing, the first child, Lettie, was born on , and the last, Thurl, was born on . With Uncle Thurl still living, it means that there has been a child of Levi and Ida Lillian Downing living on this earth for the last 114 years. Truly incredible.
Beyond renewing contact with the Phillips/Pineda family, it was good to see many of my other Downing cousins from and , also. The years have left their marks on all of us, but we shared many good memories and I am thankful we were able to visit again. To the children and grandchildren (even great-grandchildren) who ran gleefully around the pavilion (just as we oldsters did 40 years ago) while we new oldsters reminisced about the old days, if I could give a word of advice it would be…value and appreciate those who are around you today. There is no promise of tomorrow.