To many, Memorial Day is the unofficial beginning of summer.  The three day Memorial Holiday is a time of relaxation with family gatherings, barbecue on the grill, civic parades and celebrations, and, if one is a race fan…the running of the Indianapolis 500, which has been run during every Memorial Day weekend since 1911 with the exception of the WWII years.
However, the true purpose of Memorial Day is much more somber.  It is a day and a moment in which a grateful nation pauses to remember the men and women who have died while serving in the U.S. military defending our country against those who would do us harm.  The holiday is not to be confused with Veterans’ Day in November which is meant to honor all military personnel, both living and dead.  On Memorial Day, we give special honor to those who have paid the supreme sacrifice that we may enjoy the freedoms we hold dear today.  There was a time when churches across the land on the Sunday before Memorial Day paid special homage to our fallen heroes with songs of patriotism and pledges to the flag; this year at my church there was barely a mention of the day of remembrance.  Commitment and sacrifice to our country are foreign concepts to those who have never been called to serve. 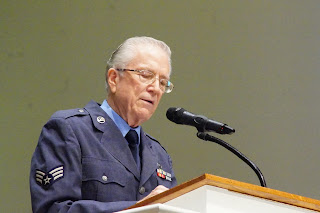 Memorial Day began as Decoration Day in 1868 after the American Civil War.  It was first commemorated at Arlington National Cemetery when 5,000 volunteers decorated the graves of 20,000 Union and Confederate soldiers who are buried there.  At that time, the nation was still reeling from the effects of four years of civil war, which to this day is the most devastating war in our history.  There were more casualties in the Civil War than in all other wars the U.S. has fought from that time to the present, and tragically, in many instances, it was brother against brother.  Of the 1.1 million casualties the U.S. has suffered since 1862, 600,000 were lost in the Civil War alone.
As the twentieth century wars took their toll with World War I and World War II, the Korean Conflict, the Vietnam War, and now our present struggle against terrorism, Memorial Day, as it has come to be known, has evolved into our honoring all military personnel who have died while in service of their country.
For the first 100 years, Memorial Day was observed on May 30, but in 1968 Congress changed the date to the last Monday in May to allow the public to enjoy a three-day holiday.  Many states resisted changing the date at the time because they felt it would undermine the meaning of the day, and time has proven that the three day holiday has contributed to the public’s somewhat nonchalant observance the day’s purpose.
There are still some traditional observances which occur on Memorial Day.
(1)            At most military cemeteries and federal office buildings on Memorial Day, the flag of the United States is briskly raised to its topmost position on the flagpole, then slowly and solemnly lowered to the half-staff position only until noon, at which time it is again raised to full staff the remainder of the day.  The half-staff position is to honor the more than one million heroes who have given their lives in service to their country.  At noon, the flag is raised to honor the living who have resolved not to let the sacrifices of the fallen be in vain, but to rise up in their stead to continue the fight for liberty.
(2)           In the shadows of the nation’s capital in Washington, D.C., the National Memorial Day Concert takes place.
(3)        At exactly 3:00 p.m. local time across the nation, citizens are encouraged to pause for a moment of silence and remembrance for our fallen soldiers.
On May 3, 1915, Colonel John McCrae, an officer with the Canadian army in the Flanders area of Belgium during the First World War, observed after months of fighting that poppies seemed to grow well around the graves of young fallen soldiers.  He was inspired to write this poem which is written from the viewpoint of the dead and speaks of their sacrifice and serves as their command to the living to press on:
In Flanders Fields.

In Flanders field the poppies grow
Between the crosses, row on row
That mark our place, and in the sky
The larks, still bravely singing, fly
Scarcely heard amid the guns below.

We are the Dead.  Short days ago
We lived, felt dawn, saw sunsets glow
Loved, and were loved, and now we lie
In Flanders field

Take up our quarrel with the foe
To you from failing hand we throw
The torch, be yours to hold it high.
If ye break faith with us who die
We shall not sleep, though poppies grow
In Flanders fields.

In 1918, inspired by the poem, a woman named Moina Michael attended a memorial wearing a silk poppy pinned to her coat and distributed over two dozen to others present.  Within two years the poppy had become the official symbol of remembrance.
We who live in this country today enjoy spiritual freedom because of the sacrifice of our savior.  As we enjoy our families and celebrate over this holiday period, may we also give honor to those who also made the supreme sacrifice to make our country’s freedom possible. In the words of Abraham Lincoln…

”May we resolve that these dead shall not have
died in vain---that this nation, under God, shall
have a new birth of freedom---and that the
government of the people, by the people, and
for the people, shall not perish from the earth."
May God bless the United States of America.
Posted by Bob Downing