The Benefits (?) of Ungraded Schools 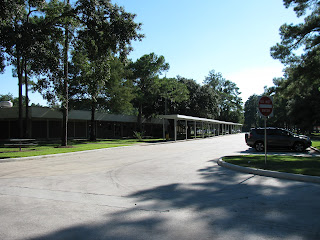 Educational systems, and private schools in particular, have toyed with the idea of nongraded schools for years. Such schools do not issue the standard form of report card but rely instead on achieving a satisfactory overall performance based on a consensus of the teachers, parents, and students. Barbra Nelson Pavan, noted educational scholar, in her article “The Benefits of Nongraded Schools” written for Educational Leadership magazine, gives scholarly evidence that nongraded schools, when regulated in the proper fashion, do, in fact, work. Research for the past twenty-five years, she states, has consistently indicated better student achievement in every facet of education. Every measurement of progress in which nongraded students were put up against traditionally graded students reflected the fact that the nongraded students fared better. Minorities, boys, underachievers, and low socioeconomic students all did better in a nongraded environment. According to Pavan, nongraded schools work for everyone, anytime, anywhere.
Although much water has flowed under the bridge since I was a student in a public school, I can still remember the emphasis that was placed on grades and the high expectations brought to bear on me by my parents and teachers primarily because I had somehow been accused of being a “bright” student. Had I been offered the opportunity to attend a school which was nongraded, I would have thought I had died and gone to heaven. Somehow the concept of no grading brings to mind the idea of easy, relaxed classes and maybe not too much homework.
The reason schools don’t toss out the old graded system and get with the new ungraded program lies in our basic human instinct which causes the human animal, along with every other creature on the face of the earth, to desire to establish some sort of pecking order in any social interaction. High grades in school are the scholastic equivalent of the biggest sticks in the jungle, and they allow us to determine who’s going to be occupying the top rung of the ladder.
Now that I am a grizzled old parent and grandparent, the proposal of ungraded schooling for a child of mine stirs up instant alarm within me. How in the world am I going to tell how my child or grandchild is doing in school? Perhaps even more to the point, how can I make sure that my children, (naturally) very gifted, are properly rewarded with better grades than the neighbors’ kids who are obviously spoiled brats but yet somehow manage to make good grades.   When a child brings home a report cart, it is not just a report of his/her performance in school, it is a reflection of our parenting skills as well.  Good grades cause the concerned parent to swell with righteous pride because of a job well done; whereas, poor grades initiate the dreaded soul searching and questioning of  "where have I gone wrong?"
Students, though attempting to maintain a casual demeanor, eagerly compare their grades with their compadres and judge their performances by their peers.  The aforementioned  pecking order is quickly established and the eternal brand of "smart" or "dumb" (excuse me, perhaps the more politically correct term "intellectually challenged" would be more appropriate) is slapped on the forehead of every student.  But students do not usually use multi-syllabic words, so "dumb" would be the word on the street.
Politicians, ever sensitive to the good of the people (or at least their reelection chances) ride the graded bandwagon with the enthusiasm of the Gold Rush 49'ers of 1849 California.  With cries of "accountability," "responsibility," and "public duty," these protectors of the common good encourage local tests, state tests, federal tests, standardized tests, teacher tests, administrative tests and just-in-case tests so that the results can be put on graphs and compared to surrounding groups, states, or nations.  If the results are good, credit is quickly grabbed and crowed from the housetops.  If grades are less than satisfactory, blame is placed on the previous political party in power.  If there were no grades, the education system would have no political use.  Who wants that?
In a purely scientific environment, the nongraded school may survive, fed by educational theorists who analyze every tidbit of scholastic minutiae and live in a dreamworld of happy thoughts and blissful vignets. But, take it from an old used car salesman, when you get down to where the rubber meets the road, the concept will never get off the ground because of nervous parents, competitive students, and ever-vigilant politicians.
Posted by Bob Downing